Jaelin here... And so many more changes, it's hard to keep up, but I'm gonna try and update the best I can.

1) There's a new girl named Iris. (If you were to visit the American Girl store, she would look like TM#62)
She says she picked her name after a woman from Central City, that there is a hero there called "The Flash", and that she loves journalism... Maybe she'll join our blog. 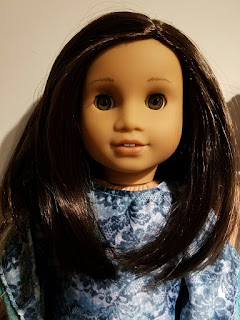 (I'm just accepting the fact that Linnea is studying abroad for her next semester... She left last week, but, unlike normal, did let us take a few pics.) 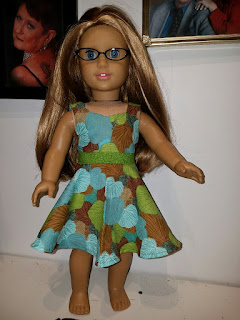 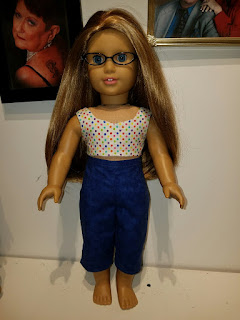 2) Iris isn't the only new doll to join our ranks. There's Kiery, Troy, and Betty as well. And apparently, 2 more on the way! 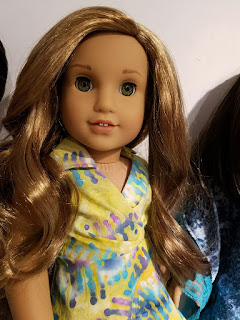 Kiery (She says it rhymes with Fiery) 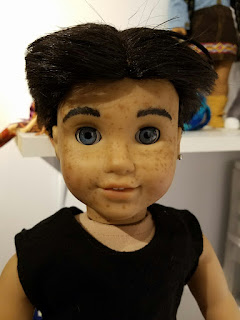 Troy is a surfer guy who just got in from Hawaii, where he competed in a few surfing comps. 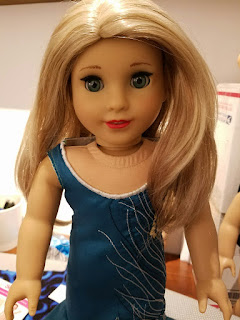 3) We (the dolls and our human, NovaFirefly - who some of us tend to call Momma) are hoping to move to Georgia by the end of the year. We are not sure when yet, but we are looking forward to warmer climates... Okay, and new adventures too! Apparently, the new town will be somewhere near Lake Lanier... And we've been told there will be a doll village under construction for us, though there isn't a name for said village yet. We get to vote to name it though. And there's supposed to be a 50s style diner, a movie theater with concessions, a sewing shoppe, and maybe even a bakery! As well as a few more friends for us, and a doll hospital.


Momma says to tell you that she will be updating her blog at some point, but that she will most likely be letting us show off her creations.

She's been sewing clothes for us as of late, and Linnea is wearing one of Momma's dresses and a crop top and high waisted set of capris in her going away photos above.

That's about it, though we did take some pics to update our profile pictures... Hopefully get around to posting them tomorrow or sometime next week.

This is Jaelin, signing off. Good night world!!
Posted by NovaFirefly626 at 1:00 AM